High Key Images And Snow and Ice In Particular

I really enjoy your high key B+W images, but have had no luck at creating my own. Would you be willing to share your technique or direct me to other resources where I can learn how??

I do have some techniques to increase the chance of good high key images, which often involve pictures of ice and snow.

Here's the steps I take: 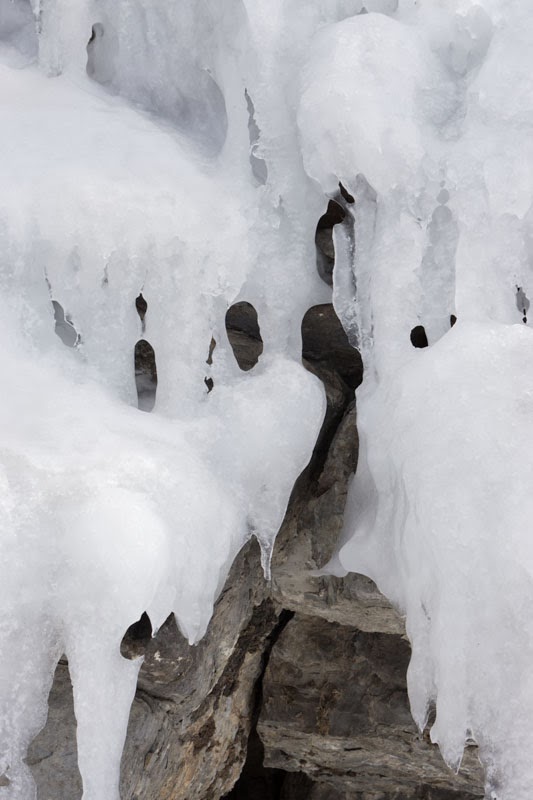 without the highlight slider moved to the left. 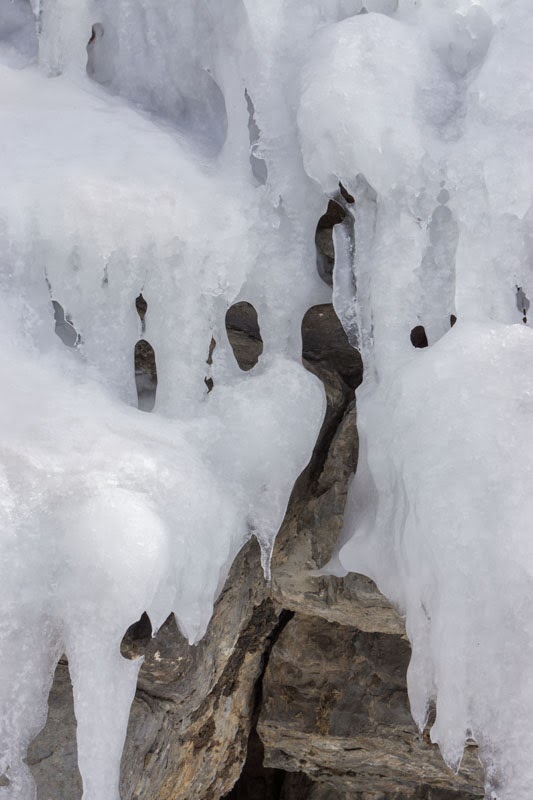 The next step is to do normal editing on the image, adjusting tones as needed. In this particular case, there isn't anything I want to do to the image before applying Akvis Enhancer that opens shadows and increases separation in the highlights. The Clarity slider dose the same thing though more to midtones than either highlights or shadows, so most often if I think I'm going to need Akvis Enhancer, I will not use any clarity at all. 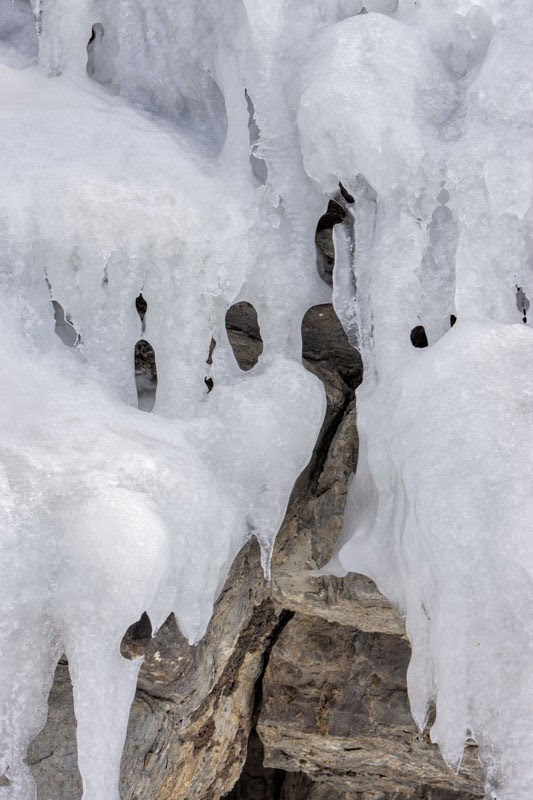 and here we have Enhancer applied then toned down to 72% of effect - just because I usually find the full effect a bit too much, and with any further editing the risk is to look cartoonish.

The next step is to make sure that the image pushes the boundaries of white. I do this by adding a threshold layer, set to 250. What this does is to turn to black all pixels darker than 250 on the 0-255 scale, while leaving the rest as is.

In order to see the underlying image - and know where to work - I then turn down the opacity of this threshold layer so the image is peeking through, and we have: 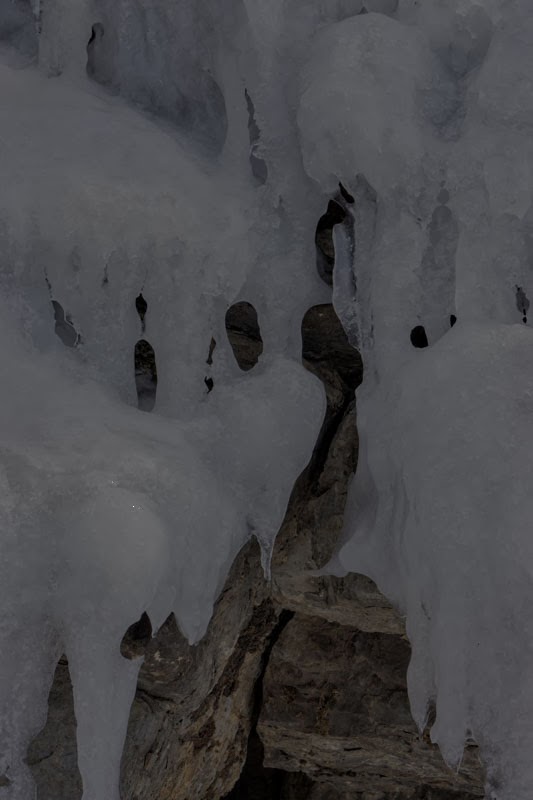 there are literally only a few pixels out of the entire image that even approach pure white - definitely going to produce a muddy image when printed, even though because of the brightness, it looks fine on screen.

The next step is to add a layer under the Threshold Layer, a Curves Adjustment Layer, in which I move the top right point in the curve to the left (ie.  producing a steeper straight line). This has the effect of driving light pixels closer to white, and I don't mind going a bit past that point because I'll mask this layer after. How far to the left? To taste, experience, and not driving most of the ice over the top. Say, about this much: 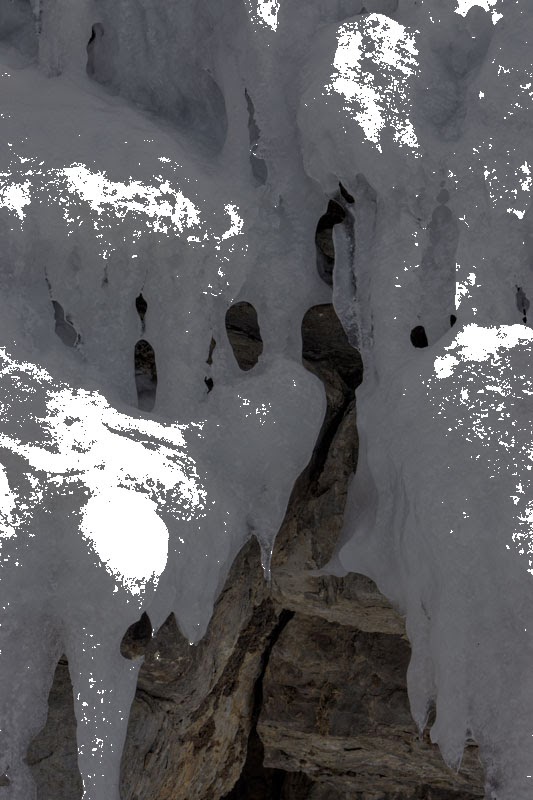 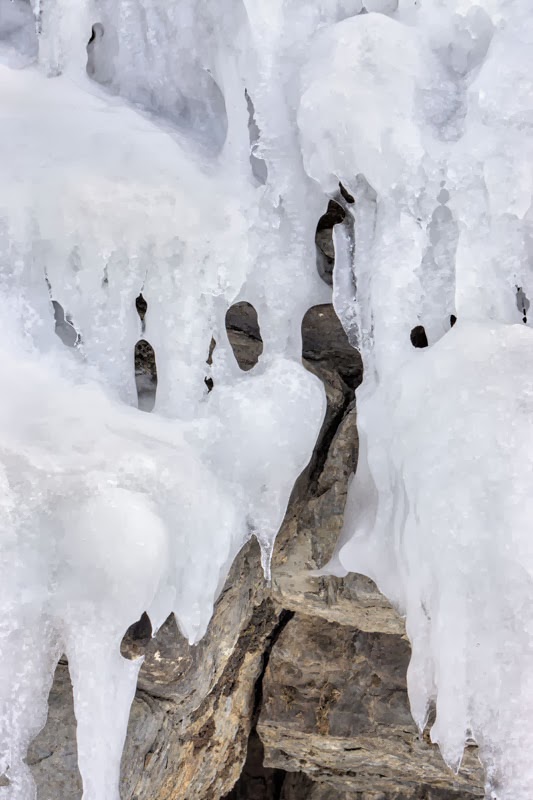 And we have the above after turning off the threshold. Now we have the brightness we want, though the detail and tonality of the ice is a little lacking. I now use a Curves Adjustment layer, a sagging curve with the biggest change in the highlights to increase the contrast in the highlights further. I did this locally first, then decided I hadn't done enough and created a second sagging curve of the same shape, but applied globally and then used the opacity slider for the layer to adjust to taste and we have: 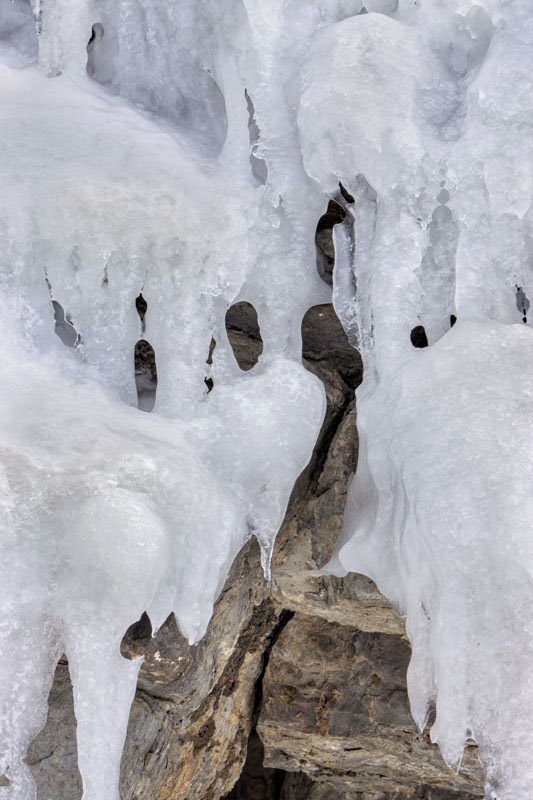 You might be tempted to think that all we've done is to go back to the step before I added the threshold layer, but not quite - there is a lot more detail and texture in the ice now - but I do agree, it's back to being too dark.

So, one more step. I flatten the image and duplicate it in a second image layer (you drag the image from the image layer down to the second icon from the right (the create new layer icon) and voila, two image layers - one I can mess with all I want, because I've a virgin copy underneeth.

Again I'm turning on the Threshold layer to make sure I didn't drive large areas to pure white, while turning it off to check for overall tonality. Once you have a few small areas that barely get to 250, it's pretty easy to adjust the rest of the image to match. 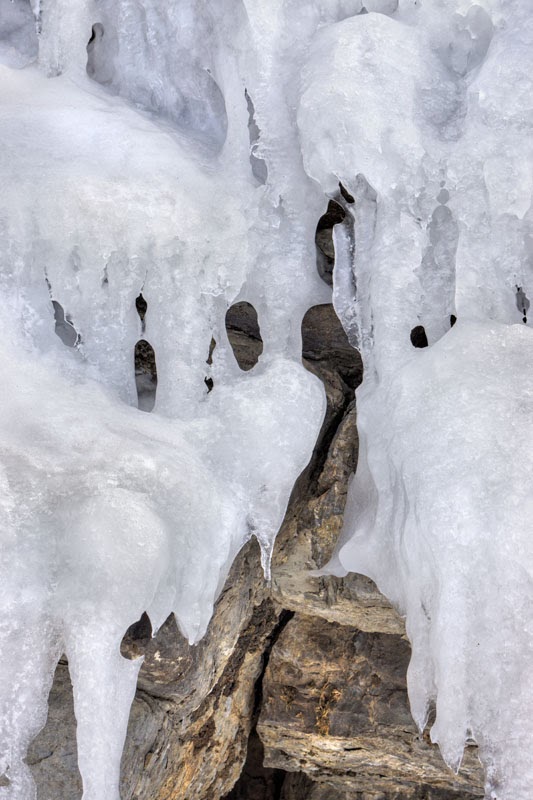 At this point, it's worth taking a break and coming back the next day, as it's easy to carry this too far. Notice I did a bit of dodge highlights on the rock and it looks as if a little stray sunlight made it in, the rocks are now significantly more three dimensional. Think of dodge highlights as liquid sunshine, to be applied to taste. The dodging brush is applied quite uneavenly. 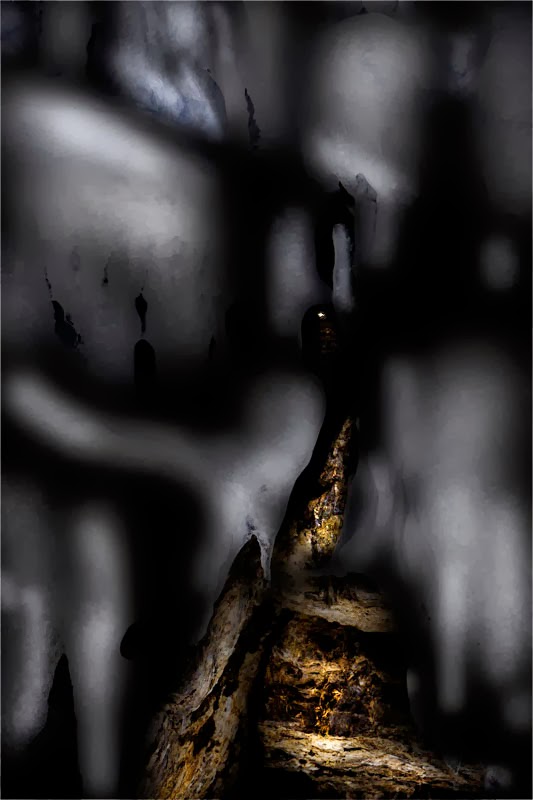 this rather bizarre image is the result of the dodging highlights, then applying difference blend mode to the dodged layer relative to the virgin layer below, and the result lightened a bit so you could see it better. This is just to show you the parts of the image that were dodged - black indicates no dodging was done. Note the different intensities of dodging, and also where I dodged, following the flow or edges or highlights of the ice, while leaving the recessed parts of the ice alone - further enhancing the three dimensional effect. Again you can see the rather intense amount of dodging done to the background rock to get the sunlight effect. Sometimes dodging the rock can result in splotchy lighter areas so I now tone that back (by masking out the dodged layer in those splotchy areas, and I have the final result for tonight. I took about an hour to make all these adjustments as well as write the article as well as save the various generations. Normally I'd spend twice that long just doing the editing - but as you can see, even rushed and a bit carelessly, the result is still effective.

As usual, don't forget to click on the blog images to see them larger so you can get a better idea of texture.  This technique can be taken way too far, and I have learned over time not to get too carried away (most of the time) and still sometimes have to start over. 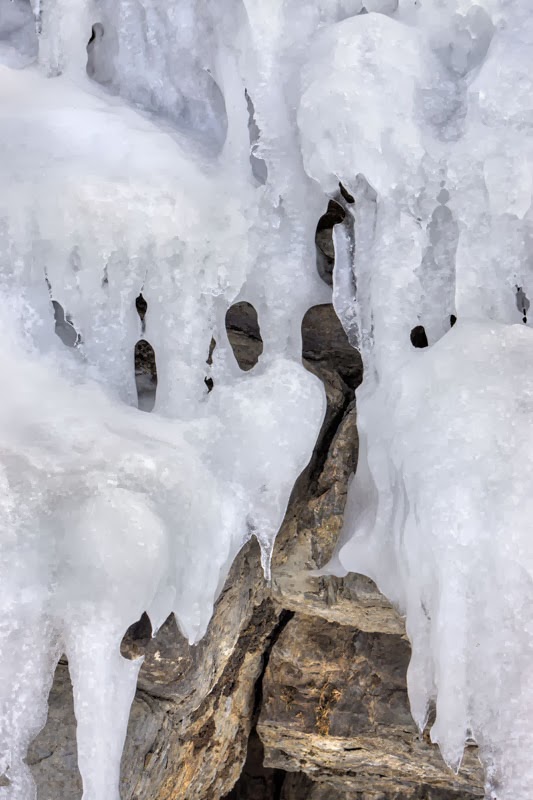 So Mike, are you sorry you asked? What do people think - too far, over the top, or worth while?

Beautiful image George! I will have to get Erna to follow this technique as she struggles a bit with images such as this.