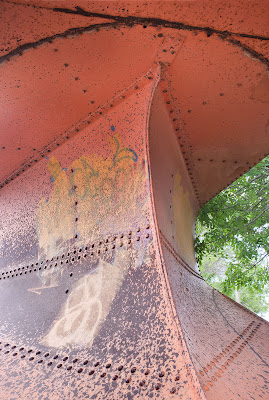 Picked up a Fuji X100 this afternoon and with the small amount of charge in the lithium battery, was able to head out and take a few snaps. Discovered this snow plow round a corner and out of sight. Had fun playing the angles, trying the EVF vs. Optical viewfinder.

As I played round the plough, I did think I missed my wide angle zoom - I actually had to move in and back to get the right framing - how inconvenient was that. Perhaps the image would have been even more dramatic with a wider lens - but a) I didn't have one with me, and b) the only reason I went shooting was because it didn't take a lot of time and effort. I do think I move around more hand holding - it's so much easier to try low and high angles - not that I don't adjust my tripod height - I always do - but perhaps not as much when you have to stop, and adjust three legs, then get back to the right position again, and make sure the legs aren't on something soft, unstable or perilous.

What I was thinking as I shot was how much better this would have been with a steady platform - but what I have to get into my head is 'the shot you get is ALWAYS better than the shot you didn't take'.

Don't know why they didn't provide the camera with an ISO dial - that really would have been the cream on the cake - but for hand holding, I think I'll take advantage of Auto ISO, setting the f stop and letting the shutter speed go where it will, with exposure compensation as needed (that is a dial on top).

What I'm less certain of is how much I'll like a fixed 35 mm. lens, but I got the camera with the idea of eliminating too many choices, and I'll let you know how it works out.
Posted by George Barr at 10:23 pm 1 comment:

Up Close And Out Of Focus (mostly)

The formula for Depth of field (at least one of them anyway) is:

where N if the f number, f is the focal length, c is the circle of confusion and s is the distance the camera is focused. Note that in the formula, depth of field varies as the square of the subject distance. That means that if we have 2 feet in front of the subject distance of 10 feet, we'd not have one foot if we were shooting at five feet, we'd have six inches, one quarter - so moving in close hugely affects depth of field. Changing focal length of lenses complicates things, but this explains the typical depth of field scale on an old fashioned prime lens - with almost no useable depth at near focus, and fairly decent depth at the longer distances.

The formula came from Wikipedia
Posted by George Barr at 8:11 pm 7 comments: 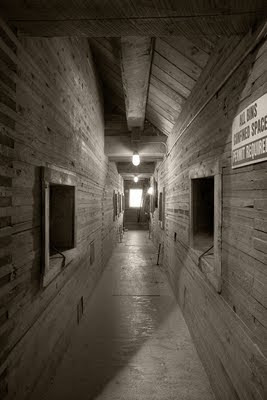 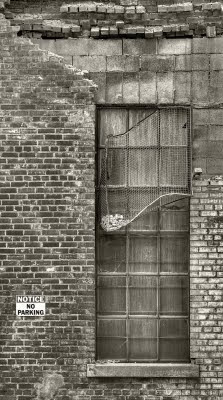