To Crop, Or Not To Crop, That Is The Question 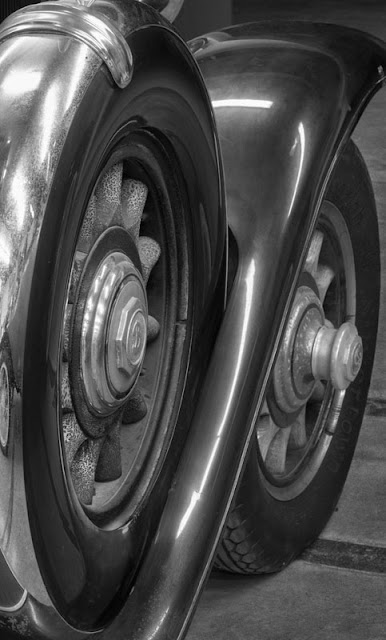 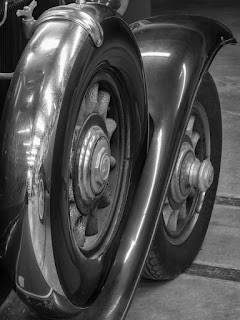 The original image, immediately above, always bothered me. Too much of the floor, and too bright too, and extraneous details in the upper left, and I wasn't wild about including the whole reflection in the bumper - to literal.

I really wanted that upper left tip of the fender though - but I could not find a way to keep it while emphasizing form, and in the end decided that it was better to get rid of a relatively subdued shape, even though nice, to empasize the two wheels.

Cropping becomes part of one's style - how tight do you go, how much to sacrifice to emphasize a few important elements, tell a story by including enough surround to inform, or eliminate all reference to scale, situation and circumstance.

In general, I crop very tightly, though it's only been in the last few years that I've gone beyond tight in to the realm of ruthless. 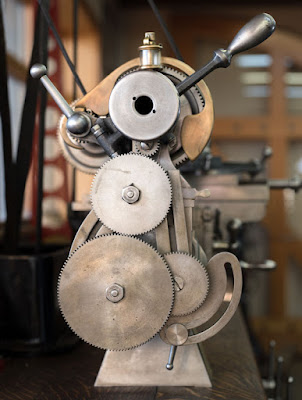 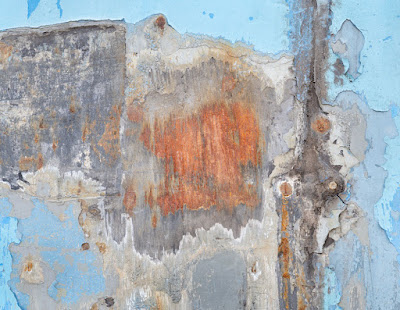 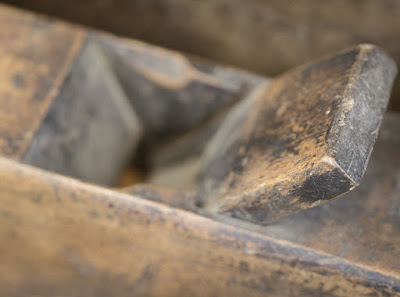 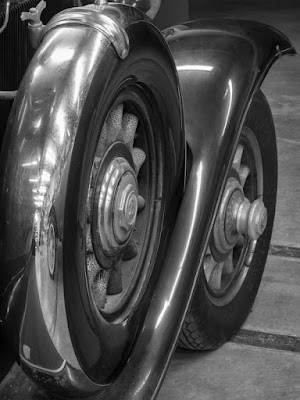