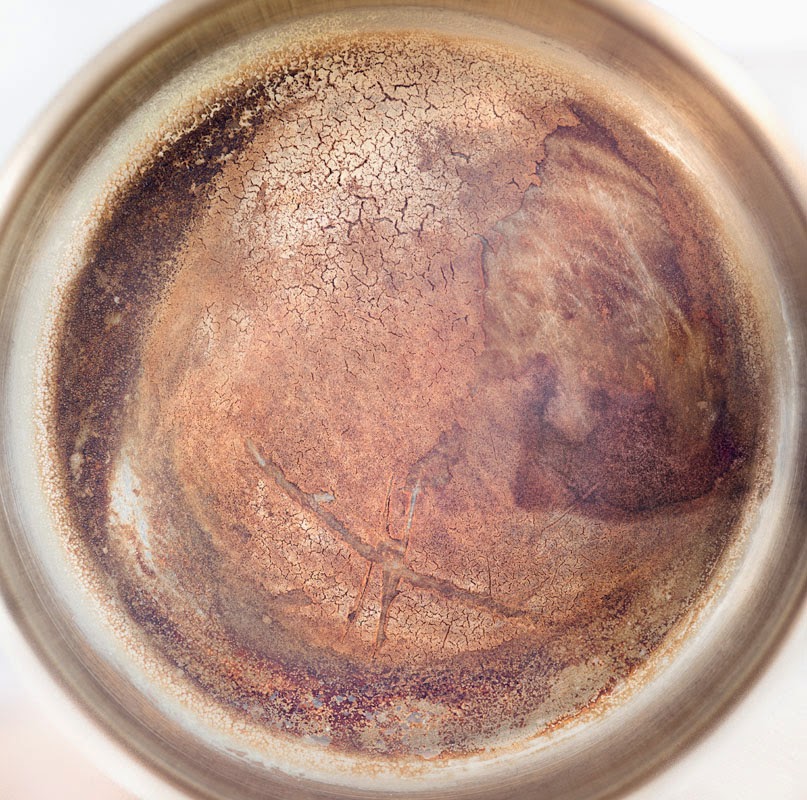 Did I say I was a good cook, no I didn't. Actually, with my wife recovering from a total knee replacement, I've been scrambling in more than just cooking and burned the pot. An attempt to clean left it like this, so I figured... Time to get some steel wool.
Posted by George Barr at 8:15 pm 1 comment:

A Sober Look At The Work Done

I want to do a book of my black and white photography.  I know that I'm unlikely to find a commercial publisher because I simply am not known enough to sell thousands of books of fine art photographs. The market is quite tiny anyway and compared to technical photography books, those sell at a rate that is probably 100:1

So I've been thinking, I need to get my work out there. An email arrived announcing the latest portfolio contest for B&W magazine. I've been in it a few times, but not in several years. A check of my hard drives shows submissions in 2008 and 2010 but frankly I can't even remember if I sent those in.

The contest rules state it can be a 'best of' collection, but I decided I'd limit myself to seeing how many strong black and white images I could find that I have made in the last three years, 2012 - 2014.

Well, much of my work in the last few years has been in colour, and with one thing and another, I have not been shooting as much as I used to, so finding some 8-12 strong images in monochrome from a three year period has not surprisingly been, shall we say, interesting.

Do I include the cowboy images - I think they are strong, but they sure don't fit when sitting next to a bunch of landscape and semi abstract industrial images. It's the usual question, that applies whether cropping or selecting a series of images for presentation - do the extra images or extra pieces of image add more than they take away.

My thinking right now is the cowboy images just don't fit, even though the rest of the images are a hodge podge.

I tried flipping a number of colour images to b&w and some certainly worked, but weren't better for the conversion and didn't stand out - so much for that idea. A couple of images did look good though in black and white and with further editing might just serve. Below are five that have survived the road to black and white. and I'm open to thoughts.

I'm fairly sure I'm not finished editing all the images. For example I did the first image last night, and made a print, but felt today that while it had potential, it was weak and so worked on the image further, adding some subtle highlights and shadows to the rubber bumper on the left, and darkening the wall on the right, while lightening the base of the wall, and then bringing back some highlights by using a straight curve, white point moved to the left and carefully painting into the masked layer in Photoshop. 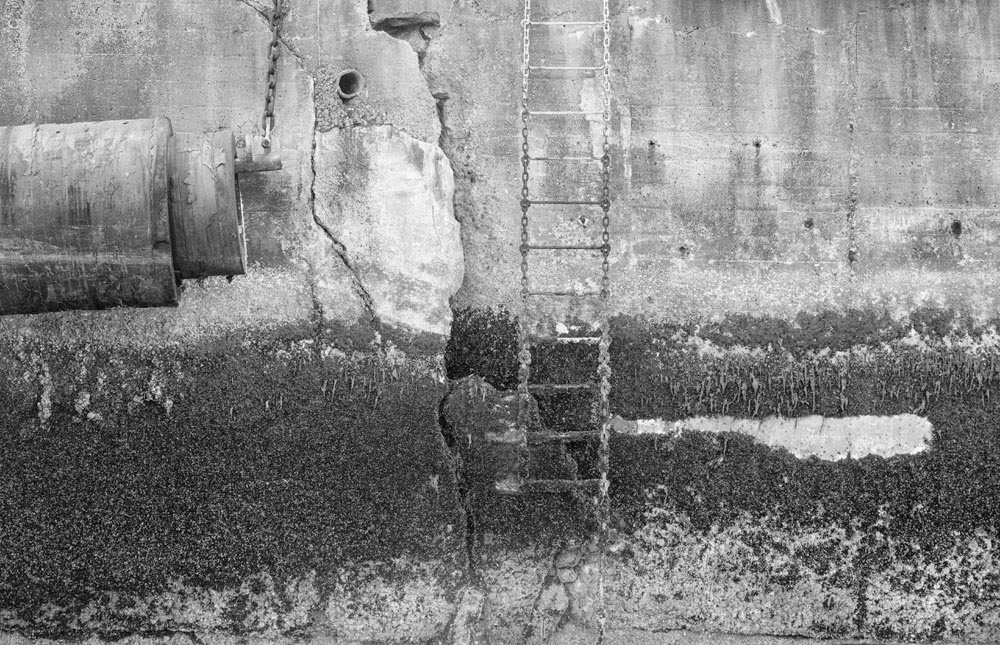 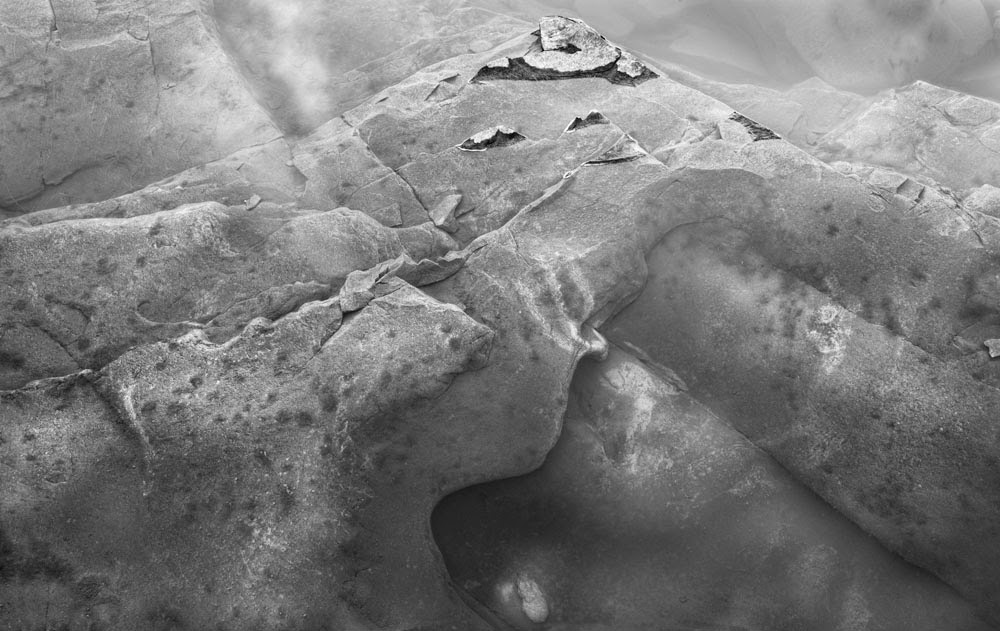 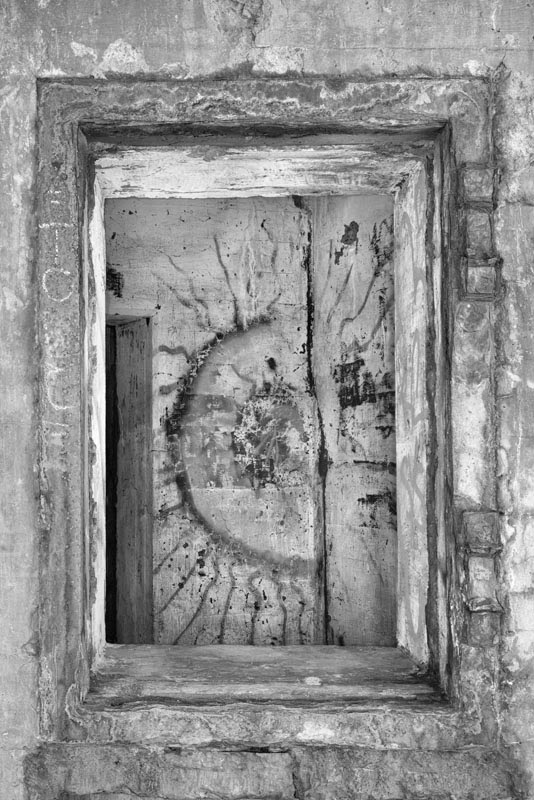 But I need 8-12 images so on goes the selection process. Stay tunes for further iterations.
Posted by George Barr at 11:52 am 1 comment:

Still a long way back to normal but oh, it was nice to be out shooting today. 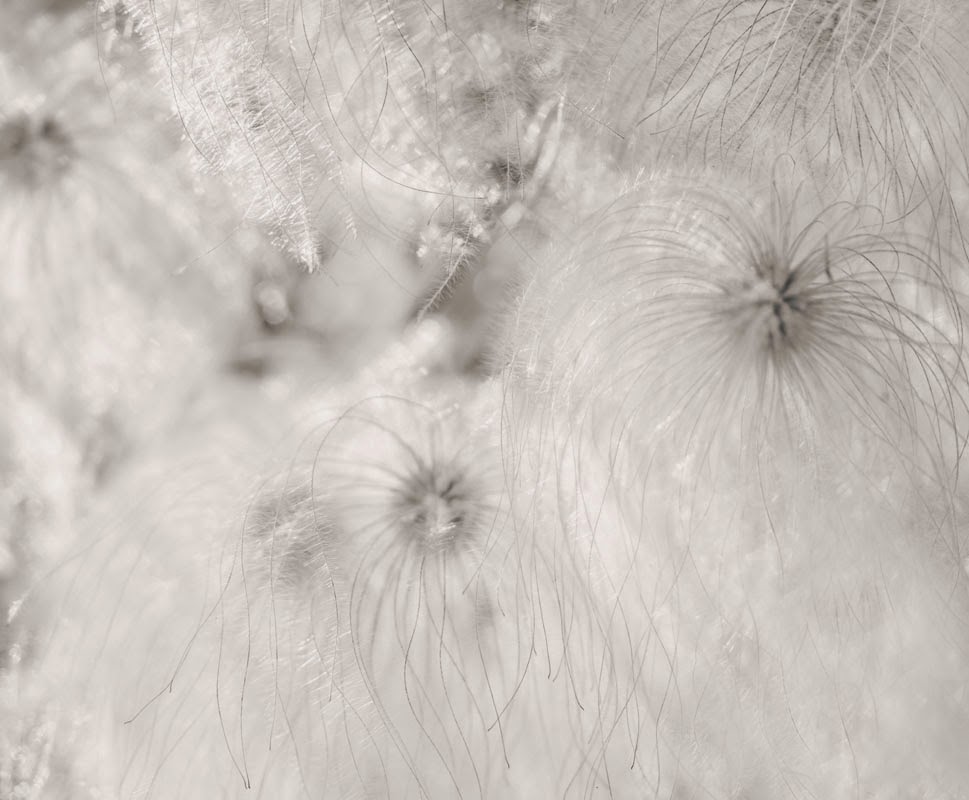 I printed the image above on metallic paper and it works very nicely. Shot with the 120 mm. lens, wide open. 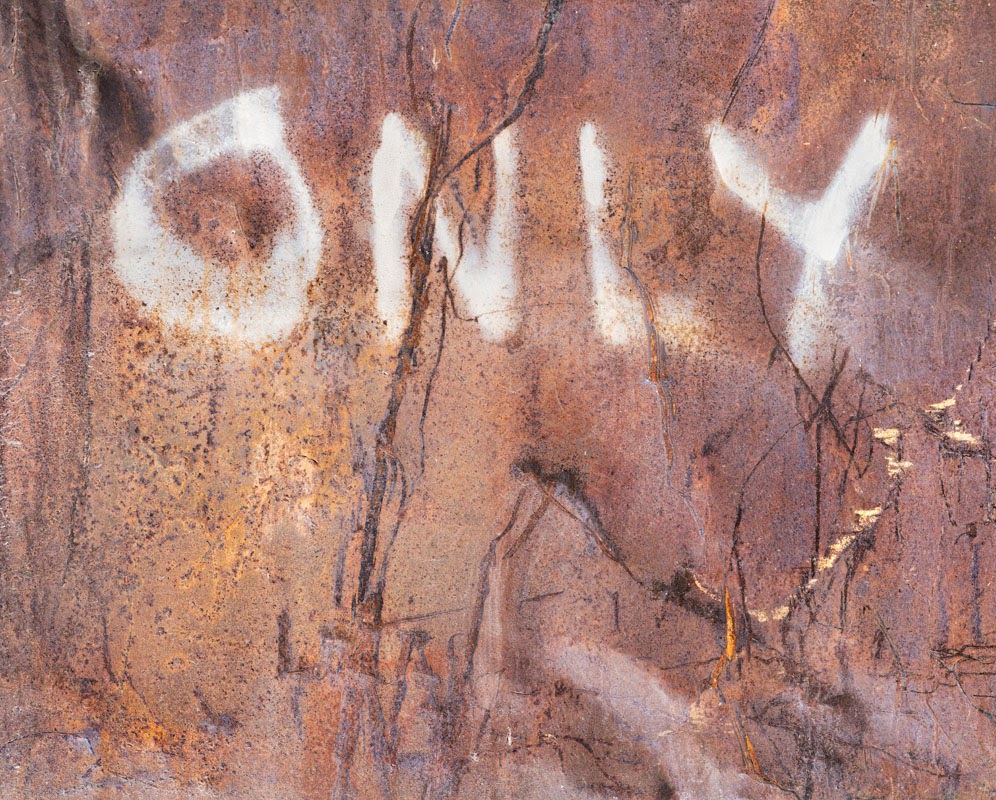