I was asked to provide the steps in creating the black and white rings picture. I don't have the original steps but here is a quick and dirty approximation of what I went through.

First we have the original output from Helicon Focus, a blend of several images for depth of field, before any manipulation or cropping or sharpening - the images go straight from raw to Helicon. 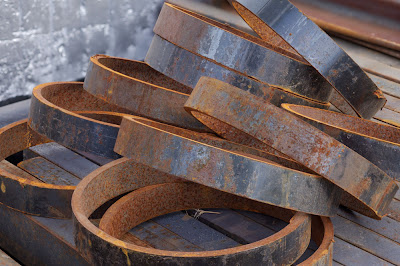 Now I crop the image - in this case not very carefully.

Next I used my threshold trick to check for blown highlights and stick a curves layer under it and move the white point to the left until the image is just starting to reach white. I generally allow several small areas of the image to reach pure white, then paint into the curves mask to take them back to not quite being blocked.

The threshold trick? - I create a threshold 250 layer as an action, which I apply on top of anything. It shows any pixels which have reached 250 and are at risk of being blown out. Much more accurate than looking at the histogram that Photoshop provides - as far as I'm concerned - invaluable.

Next I convert to black. Previous experience has shown that the green filter in the Photoshop black and white conversion provides the best contrast and detail for rust.

Next is some fine tuning of the cropping and a little cloning in the upper left corner to extend the ring right into the corner and while I'm at it removing a few marks on the rings that I don't like.

Now comes the actual editing of the black and white image. Doing it quick and dirty I was able to do it with two curves adjustments - one to increase contrast and another to darken. I'm sure in the original I used a lot more curves adjustments as I spent more time getting the tones right throughout the image, but I've been able to approximate the results before that took a couple of hours, this time in 10 minutes. 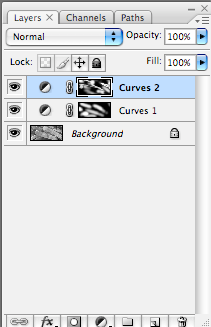 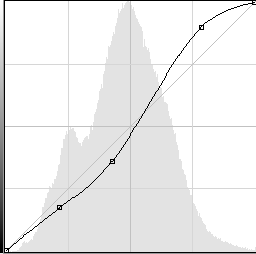 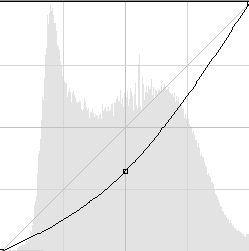 and the effect is: 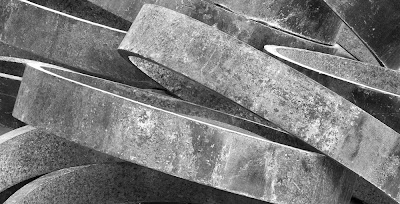 The original image is simply more of same gradually fine tuning the image but you get the idea.
Posted by George Barr at 6:52 pm

The threshold trick seems really nice. I will try it next time.