Against The Light - Use Of Selective Focus 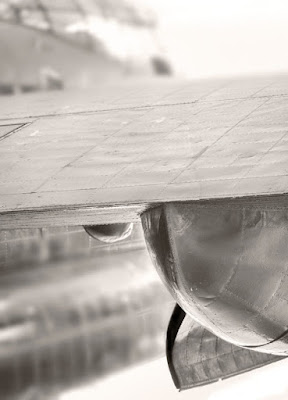 It was near the end of the shoot and I noticed the intense light coming from the open door. Seemed like shallow depth of field was what was called for, but at the same time, if I opened up wide, only the back edge of the wing would be in focus. I did a focus blend wide open but that didn't seem to be what I needed so ended up combining two images, one at f2.8 and the other at f8.

In the editing, I added field blur to the forward edge of the wing. I lightened the engine nacelle and increased local contrast there with akvis Enhancer, also to the top of the wing.
Posted by George Barr at 10:34 am