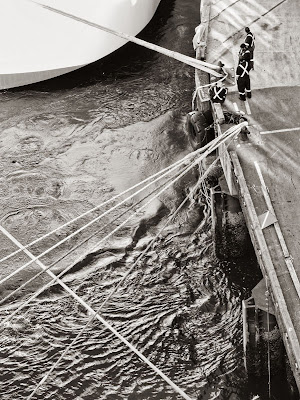 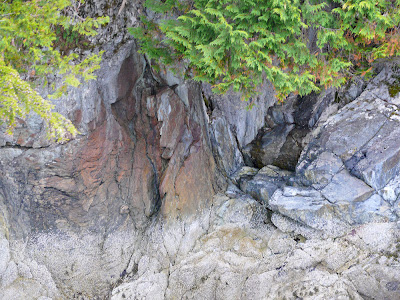 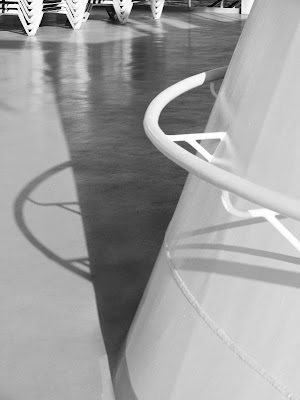 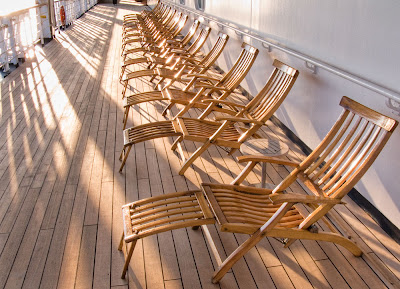 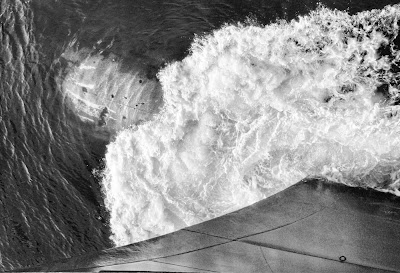 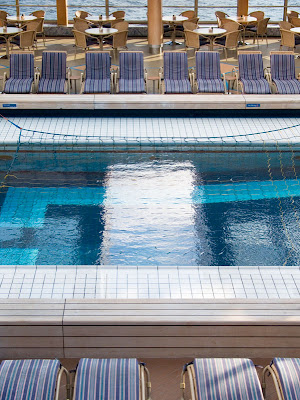 Camera worked flawlessly on trip. It's light weight and relatively small size encouraged me to haul it out when I wouldn't have bothered with my big camera and to experiment more. Generally I shot raw to eliminate loss of detail through noise suppression but shot jpegs when I needed rapid recycling between shots - though slow focusing meant that I didn't find it good for shooting whales.

I did turn down noise suppression in jpegs part way through trip and that helped but didn't eliminate rather heavy handed noise suppression so I do recommend raw for most things and live with the 3.6 second delay between shots. I made use of the tilting lcd screen several times including the image of the bow bulb shot with camera held out over the water.

Overall I think that taking the FZ50 was a good idea and in hind sight I should have used it for some of the long shots that the 100-400 couldn't do well (see prev. entry).
Posted by George Barr at 2:24 pm

George, I would never have considered the FZ50 before you mentioned it but I'm now considering it as a back-up for my EOS 5D to take on our Yellowstone trip this year.

I've read up the reviews and they seem pretty positive apart from criticism of the noise above ISO 400. What has been your experience in that area with the camera?

George, after reading some of your blog you inspired me to ressurect my G1 and keep it handy. I've gotten good results shooting raw with it before and giving PTassembler and PTgui a look I can see possibilites with this "back up" camera.

At least it came in handy yesterday as I was in a minor fender bender. :)

George, I like the more spontaneous feel of these shots. Is it just my own mistaken impression or do you find using a 'non-professional' camera relieves the pressure to produce a bit?

By the way many thanks for all your helpfull posts on selling prints.

insightful observation - a small handheld camera isn't just easier to use, it actually changes your photography. Perhaps this means we would all photograph better if occasionally we left our tripods and 'good' cameras at home.