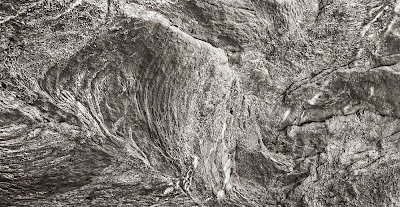 Below is the original image. As you can see, it's taken considerable work to create the final image. Normally lightening and darkening are done in areas that are already distinct, ie. they already have a tone that separates them from the other parts of the image. Sometimes though it can be helpful to lighten and darken parts of an evenly toned area, to give it depth, to create lines that didn't really exist in the original, but reinforce the composition. Cheating? I suppose, but it's being creative and I don't see it as any more cheating than using a red filter to make unrealistic skies - Ansel did that!

It was important not to overdo the contrast and end up with a poster like effect. Careful drawing of the curve adjustment graphs helped. Tonality was increased with unsharp mask (25/50/0) as well as an earlier subtle application of Akvis Enhancer (ie. the effect was toned down after it was applied). I now routinely duplicate the image in another layer and apply Akvis to that layer so I can adjust the effect at any point in the future, both globally with the layers opacity slider, and also locally through masking of the layer. In this instance though, the unsharp mask did more for the image. 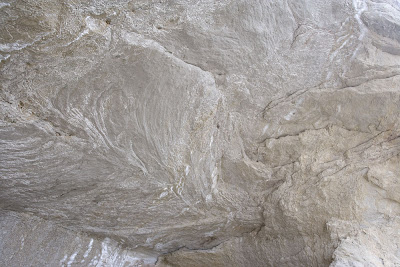 I fail to see how curve adjustment can help to create line in evenly toned areas. Would you care to explain?

The curve simply darkens the image, the local application is through painting into the black mask so the darkening only happens where I want it.

I enjoy your blog. However I feel it is somewhat remiss to omit an attribution to the genius of Biil Atkinson who it seems is responsible for the tonal lift Photoshop fix (unsharp mask 25 50 0) as published by CTEIN on
http://theonlinephotographer.typepad.com/the_online_photographer/2007/08/index.html
12/8/07

Actually, you have it wrong. I got the technique fromm Michael Reichmann who says he learned it from Thomas Knoll (he of Photoshop authorship) who admits he didn't originate it. That puts it a few years back - could Bill Atkinson be the originator - it's possible, but I think it has been around long enough it might be hard to trace it and it's such a simple idea that multiple 'inventors' is likely. Anyway, there you have 'the rest of the story'